The team at Ray White Cheltenham recently enjoyed another annual Ray White Vic/Tas Awards Night which was held at Crown Casino in August. We had plenty of nominations for awards and many award winners too. It was great to see everyone dressed up and looking beautiful. 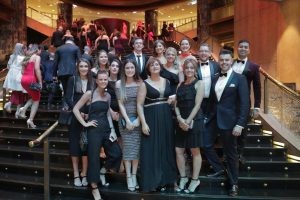 Congratulations to all our award winners and thank you to everyone to who puts in so much throughout the year to achieve such great results, whether they end up being actual award winners on the night or not. It’s a pleasure to be part of such a hard-working, successful and driven group of people.