Almost one in four homes at a new Cheltenham development was snapped up by first-time buyers, despite their historically low share of the buying market.

Strong demand for affordable property fuelled a frenzy this month when 23 off-the-plan properties at the Jack Rd development sold within three hours.

The first release of the $130 million Mirvac project featured two and three-bedroom townhouses, three and four-bedroom houses and two-bedroom apartments.

First-time buyers made up about 23 per cent of total sales.

First homebuyers Shawn Cole and Brianna Pollock, of Doncaster East, said they had been looking for up to eight months before they bought a two-bedroom apartment at the development.

“It is definitely the biggest we’ve seen for such an affordable price,” Ms Pollock said.

“We are seeing a lot of first-time buyers looking in Heatherton and Dingley Village.”

The rate of first-home buyers purchasing properties across the country dipped to a decade low in January to just 13.6 per cent.

The Australian Bureau of Statistics showed the rate last dropped below 14 per cent in 2003-04.

Median apartment prices remained affordable in Cheltenham, Dingley Village and Heatherton, ranging from $424,000 to $470,000, according to CoreLogic RP Data.

Mirvac Group Executive for Residential John Carfi said they were seeing significant demand in the area for good quality homes. 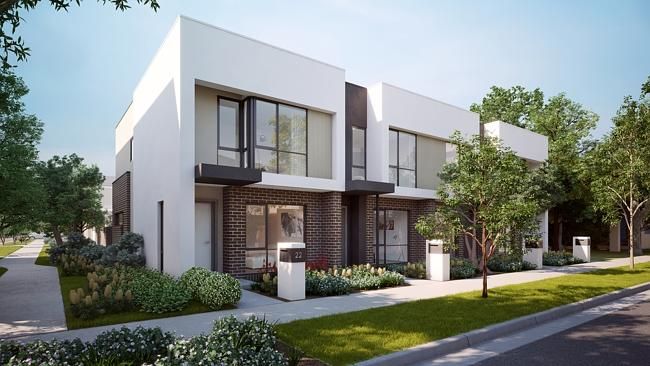